OBJECTIVE
This research project aims to discover what caused Robert Morse, Jr. to be institutionalized in the 1970s until the day he died. Robert John Morse, Jr. was born on 8 August 1936[1] in Burlington, Chittenden County, Vermont and died on 27 February 1999 in Glover, Orleans County, Vermont. Robert’s father was Robert John Morse, Sr. (1914-1973), and mother Madine Eleanor Sears (1919-2000).

BACKGROUND INFORMATION
On Sunday night, October 31, 1971, there was a single-car crash on Route 17 in Starksboro, Vermont. “According to state police, the 1968 sedan was traveling west when it left the north side of the highway, rammed into a rock ledge, rolled over and came to rest in the highway.”[2]

Family lore is that there is a dispute as to whom was driving. The car belonged to Robert (Bobby), so many speculate that he was the driver. Also, in the car was his half-brother Edwin (Eddie) Gardner, and his sister-in-law’s brother, James Nolet. Other family members say that James was driving because Bobby was thrown from the car, and Eddie was lying down in the back, so it must have been James. Unless the state police report proves otherwise, or a direct family member knows the facts, this part of the story may never be known. What is known is that when Bobby was tossed from the car, his head received blunt force trauma. Included in this report are the newspaper clippings that account for his critical condition and time spent in intensive care.

After the accident, Bobby was in a nursing home in Rutland, Vermont, and then moved to The Vermont State Hospital (formerly known as Vermont State Asylum for the Insane and the Waterbury Asylum) in Waterbury, Vermont. Bobby was in the state hospital in the 1980s at the same time as his Aunt Phyllis (Sears) Gravelle. Bernard, a first cousin to Bobby, remembers seeing him at the state hospital when he visited his mother, Phyllis. Bernard said that Bobby didn’t recognize him, but that sometimes Bobby recognized his Aunt Phyllis. At some point, Bobby relocates to a care facility in Glover, Vermont, where he remained until he died.

A NOTE TO THE READER: In The Dash blog is run on the free version of WordPress, and has limited media storage; therefore, to view the report in its entirety including photos and newspaper clippings please click on this hyperlink and the full report will open.

CONCLUSION
This research project was successful in detailing the events surrounding the car accident that caused traumatic head injuries to Robert Morse, Jr. What is missing is the medical diagnosis for his injuries and a full comprehension of his condition and mental capacities following the accident. We are left to surmise that they were significant enough that families’ members could not care for him; thus the need to be institutionalized.

©Valarie Wilson 2020. All rights reserved. No part of this work may be reproduced, distributed, or transmitted in any form, including photocopying, scanning or digital imaging, without prior written permission from the author.

1974 made its way back into my life recently when I rediscovered cassette tapes from childhood. They lay in a shoe box for years, since cassette players have ghosted us like that friend that just slips away.

Two, of the tapes have disengaged from their reel and are in need of repaired. Two others, are fine. I wanted to convert the tapes to digital; however, there was NO Way that I was going to box them up and ship them off to some conversion service. No insurance in the world could persuade me that these treasures would make it back into my possession. Therefore, I took the advice found on Eastman’s Online Genealogy Newsletter article, “How to Easily Convert Old Cassette Tapes to Modern MP3 Files”. I purchased a portable cassette player with a built-in audio-to-digital converter.

Conversion done. I pressed play — instantly I was taken back to my ten year-old self. In the 20-second clip that I am sharing, (don’t worry, I’m not going to bore you with all 2 hours) I am in the kitchen with my mom (only back then her title was Mommy) and sister. I hear my Mommy’s voice. HER VOICE — after forty-one years. It’s like details of that day rush back to me, and I’m there, hovering over the kitchen watching it all play out.

Although I haven’t celebrated a living Mother’s Day with my mom in forty-two years, today I will celebrate hearing her voice.

In a attempt to quickly put this together, I didn’t label the photos in the video, so I do so below.

The staircase was a blazing fire; eight-year-old Herman could only save himself plus one.

Herman Dumas brought his little sister, down the burning staircase. Whether he dragged, rolled, shoved or pushed is not stated, but being just a boy it is hard to image that he was able to carry the six-year-old girl.¹

It was Friday night December 18th, 1942. The time was about 8:30 p.m. when flames took the lives of Herman’s two year-old sister, Barbara Dorothy Dumas, and a close family friend, Ruth Ellen Dusablon, age 4.

Earlier in the evening the two girls mothers had taken the night off.

The film Casablanca released at the end of November, perhaps this was their “girls night” show.

From accounts gathered, the fire engulfed the building shortly after Edmund Dusablon stepped out to buy a paper. Dusablon’s 18 year-old brother-in-law, Raymond DeGraff was on the other side of the hall watching the Dumas children, so arrangements were made with him to care for his children too while he ran the short errand. The Dumas children’s father was working the night shift at a local defense industry company.

It is believed that the furnace in the basement of the four-apartment house caused an explosion. As the flames quickly spread they burned DeGraff as he rescued his 18 month-old niece, causing him to be hospitalized.

Herman and Raymond were likely called heroes for escorting two small humans to safety, yet undoubtedly their hearts were filled with sorrow for the two lives they could not save as the blaze swept through the Beach Avenue building.

Funeral Services Held for Children Who Died in Fire

It is improbable to think that Herman Dumas, the senior would ever attend a double funeral again and yet, the unimaginable happened.

Monday evening December 18th all four of Herman Dumas’s family are home. Asleep. Again, two years to the exact day, a heating mechanism is believed to be the culprit . . . fire sweeps trough their home. The encroaching flames left the terrified Dumas’s no choice — they all jumped from a second story bedroom window in an attempt to save their lives.

The senior Herman, 34, leaps with eight-year-old Betty Anne. It is life saving. They were admitted to the hospital with non-life threatening burns.

The 1942 hero, now 10 is clutched in his mother’s arms when Eva (Companion) Dumas, 29, jumps. They too are rushed to the Milford Connecticut hospital, where not long after their arrival, mother and son succumbs to the fatal burns.

¹ At the writing of this post, the saved sister is known to be living; therefore, the name withheld.

This story has been reconstructed from newspapers clippings found in the Burlington Free Press and the Sun Journal.

Lawrence Gravelle in his home on River Road. Mallettes Bay, Vermont
About December 24, 1979

Note: My 2nd great-grandmother Mary (Hebert) Pepin is in the back row the women in front of the window on the right side.

My name is Valarie. Welcome to In the Dash! My blog is about the discovery of my family history and finding the threads of grace woven through the generations down to me. I am excited to have you follow along!

The Walk to Lady Liberty.
Uncle Francis in his U.S Navy service dress blue uniform. c1967
{Papers} snapshots of my 1C5R Last Will and Testament.
Chester, Sept 30, 1910. The barn owned by James E. White in Windham was struck by lightning.
The August birthday sign behind Phyllis has and entry for the 25th "A SPECIAL PERSON." My grandmother may have had a life woven with tragedy, and sorrow -- a bit more then some, yet less than others. However, at the community home where she spent her final years, Phyllis was the QUEEN BEE and everyone knew it -- if they didn't, watch out -- you were about to find out!
Happy
Follow In the Dash on WordPress.com 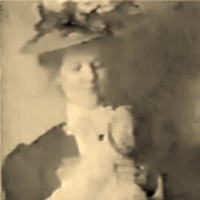 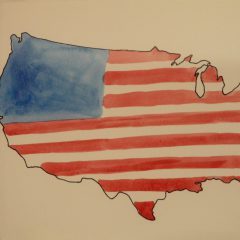 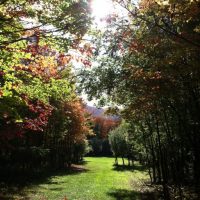 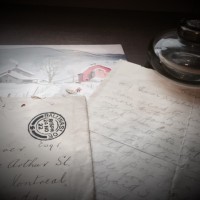 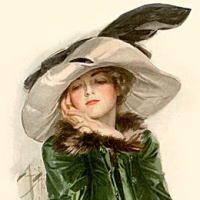 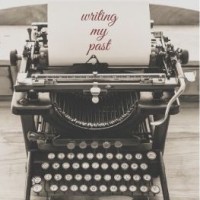 Back to top
DNAeXplained - Genetic Genealogy

Discovering Your Ancestors - One Gene at a Time

Exploring the Past to Improve the Future

Baugh, Bass, and Beyond

Finding the facts behind the legends!

Dedicated to the ones who came before me; Sharing stories, discovering people, & celebrating lives.

Share the journey to document one family's history, as well as tips, tricks, and lessons learned along the way!

Helping others discover their roots

Once Upon A Lifetime: Tales And Vignettes Of My Ancestors

Discover yourself through connections with your past

From Across the Ocean

Stories of the Lair, Rommel, Bone, and Barackman families